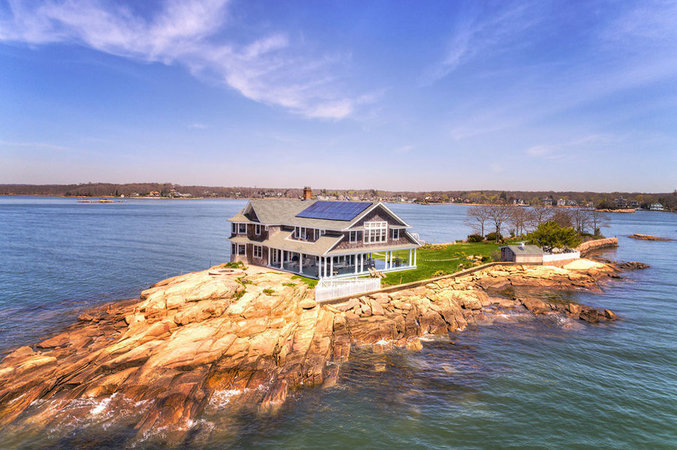 Privacy, sea views and a little bit of adventure are some of the
hallmarks of the newly listed home on the private Potato Island.

Part
of the Thimble Islands off the shore of Connecticut in the Long Island
Sound, the private island was put up for sale earlier this month for
$4.9 million. John Campbell of Christie’s International Real Estate has
the listing.

The island gets its name from a group of boulders,
dubbed “the potatoes,” that were near the shore. Three of these boulders
were appropriated to fill in the island.

The summer estate, which is accessible from April 1 to Nov. 1, has
its own deep-water dock and a mooring for a sailboat just 50 yards from
the island. It’s about a five-minute boat ride from the harbor in the
village of Stony Creek, Connecticut, part of the bigger town of
Branford, and about a 90-minute commute to Manhattan.

“It really feels like a getaway, but it’s
not actually so far away,” said Kathleen Coumou, executive director of
Christie’s International Real Estate. “It’s nice to not have to travel
so far but be on a remote private island.”
Owners Richard and
Katherine Kahan bought the four-bedroom, three-bathroom home in 1997 for
$900,000. Since then, they’ve put in “multiples of that” for extensive
renovations to both the main house and the grounds surrounding it, Mr.
Kahan said.

“It was in terrible condition,” he said. “There wasn’t a blade of grass on the island.”
Now,
20 years later, the home has been completely rebuilt, and numerous
trees and gardens, plus a swimming pool, have been added to the grounds.
The home was built in 1912, Ms. Kahan said.

“We love the design,” she said. “We love how open it is to the outside and still so cozy on the inside.”
The
couple’s renovations include further opening up the inside space by
removing walls and adding more windows. The living area has a fieldstone
fireplace, and the kitchen has state-of-the-art appliances and a
breakfast bar.

There are views from every room, and the master
suite has vistas to both the east and the west. “We can see the sunrise
and the moonrise,” Mr. Kahan said. The master bathroom boasts white
marble countertops, dual sinks, a steam shower and Jacuzzi tub,
according to the listing.

The home has every amenity one would
find in a New York City apartment, said the sellers, who are based
there. On Potato Island, power primarily comes from solar panels, though
there is a backup generator. 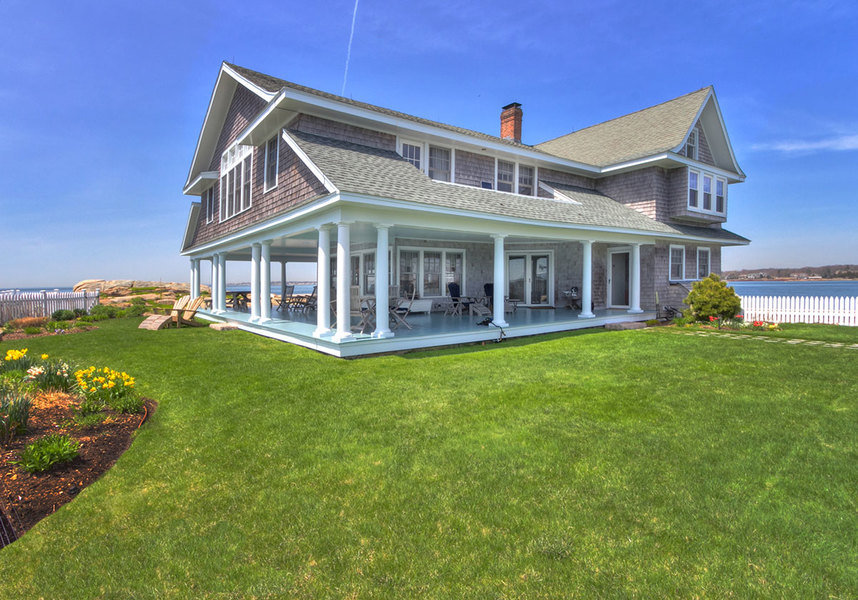 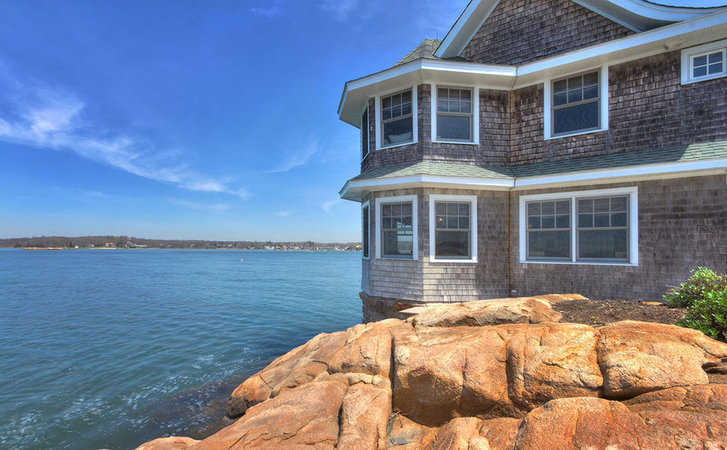 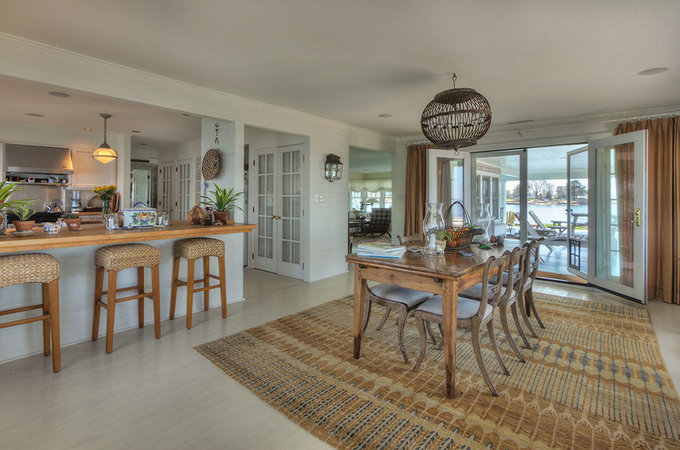 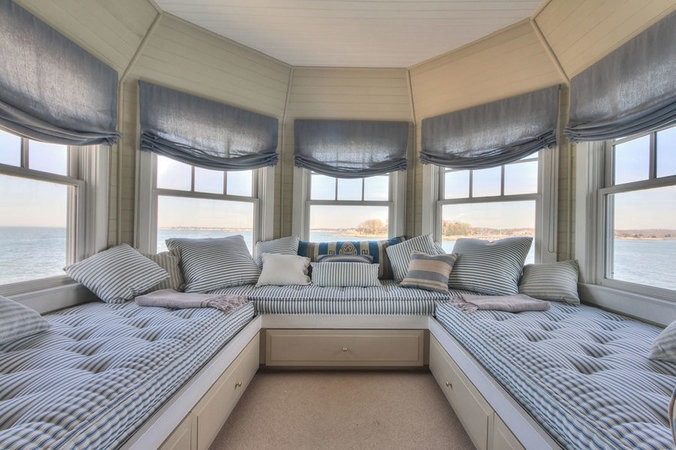 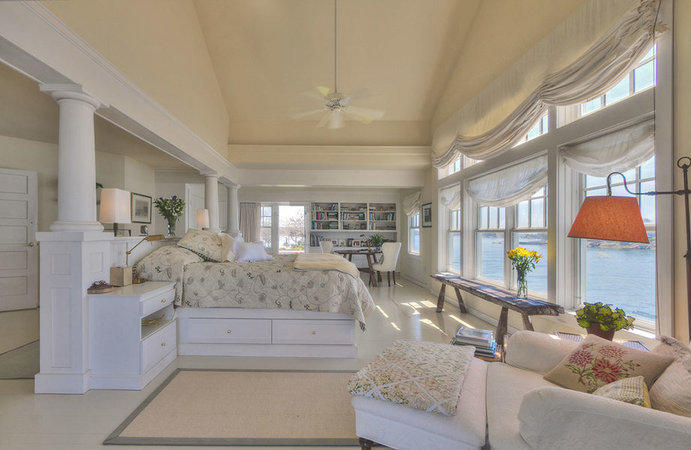 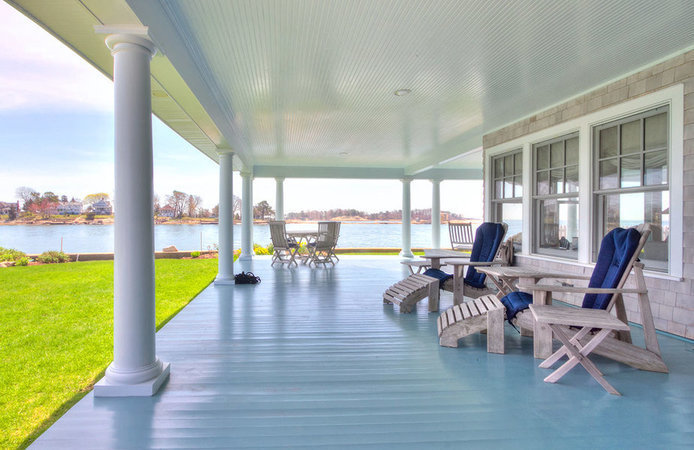 Outside,
there are plenty of places to take in views on the grounds, and Ms.
Kahan said the family has enjoyed many hours sitting on the wraparound
porch. There’s also a custom granite hot tub that wash and cut into the
rocks—another place to relax and enjoy the water.

The Kahans
said they are ready to downsize, but aren’t in a rush to leave, and the
estate has been on-and-off the market for years, Mr. Kahan said. It was
first listed by Christie’s in October 2014 for $7.35 million, according
to the brokerage.

“It’s sort of an adventure to be out there,”
Ms. Kahan said. “Even though the town is only four or five minutes in
our Boston Whaler.”